Were you seriously injured by a drunk or drugged driver?
Was your loved one killed?

Our Great Falls, MT car crash attorneys have represented accident victims for over 75 years.
Let us fight for you.

Montana is a wonderful place to call home. With the friendly locals, a high quality of life and endless acres of stunning scenery, it’s no wonder more and more people are moving to Big Sky Country. However, there’s a dark side to life in Montana, particularly when it comes to drinking and driving.

Montana has one of the highest rates of drunk driving deaths in the nation per vehicle mile traveled. The Montana Department of Transportation (MDOT) reported that a shocking 64 percent of all vehicle-related fatalities in the state were the result of intoxicated and impaired driving.

A majority of drunk driving crashes that result in serious injury or death involve young male drivers speeding on rural roads at night. Driving is a privilege not a right.

Here at Murphy Law Firm, we believe that negligent and reckless drivers who are responsible for seriously injuring or killing someone else in a drunk driving crash ought to be held liable for the damages of the victim and their family.

If you or a loved one were the victims of an impaired driver, don’t wait to get help. The clock on filing your injury claim is ticking. There’s no better time than right now to take a close look at your legal options. Our experienced car accident lawyers in Great Falls, MT can help you seek fair compensation that’s appropriate for your losses. While we can’t go back in time and prevent this from happening to you in the first place, we can fight to secure the justice you deserve. And we will.

Any car accident can leave you feeling scared, confused and angry if you’re hurt or your vehicle is damaged beyond repair.

But crashes caused by a drunk driver are especially infuriating because your life and health were put at risk for no other reason than the other driver made a reckless and stupid decision.

These feelings of frustration and anger are justified, but don’t let them cloud your judgment and cause you to forget that you have a case to prove if you want to win compensation from the other driver or their insurance company.

There are many important deadlines you have to meet and paperwork you must submit.

We can help you obtain reimbursement and compensation for:

At Murphy Law Firm, our experienced legal team in Great Falls, Montana fights exclusively for accident victims. We have a proven track record of helping hardworking Montanans seek every penny of compensation after a devastating accident or injury. To help build your DUI case, we will conduct a thorough crash scene investigation, interview all key witnesses and perform exhaustive background research. We will calculate the full impact of the accident on your life—including past, current and future expenses. 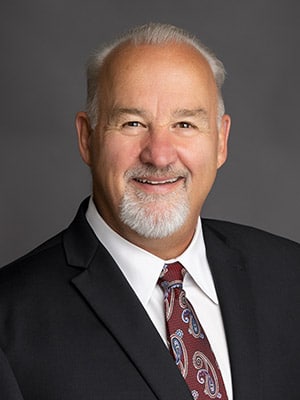 Montana’s legal system is complex and difficult to navigate. From the start, we’ll work hard to prove the facts of your case. We’ll thoroughly investigate the accident to prove liability, and to calculate your present and future damages. Let our family help yours by fighting for the compensation you deserve.

There are many factors that might explain why Montana has such a high fatality rate when it comes to drunk driving accidents. One potential cause is how rural the state is. According to the National Highway Transportation Safety Administration (NHTSA), Montana has a higher percentage of rural vehicle miles traveled than any other state. Such large expanses of rural driving mean that crash victims are often far from hospitals and medical facilities, which increases the risk that a serious injury becomes a fatal one.

As these statistics show, all people who live in Montana or travel through the state are at higher risk of suffering a fatal collision caused by impaired driving:

Any driver with a blood alcohol concentration (BAC) of 0.08 percent or higher is considered alcohol-impaired under Montana law.

But it’s important to understand that an impaired driving offense doesn’t just mean driving while drunk on alcohol. Getting behind the driver’s wheel while impaired by any drugs — including prescription drugs, marijuana, illegal drugs or any other drug—or any combination of drugs and alcohol—is against the law.

According to Montana Code Annotated 61-8-401 (Driving under influence of alcohol or drugs—definitions):

In Montana, the act of impaired driving is broken into the following individual offenses:

The penalties and punishments for a DUI offense vary depending on many factors like the driver’s level of intoxication, the number of prior offenses they have, and whether anyone was injured or killed. A person commits their 2nd DUI offense if it has been less than 10 years since their 1st conviction. A person commits their 3rd offense if they have ever received 2 prior DUI convictions, regardless of how much time has passed. A 4th DUI conviction is a felony.

Here’s a breakdown of the main penalties for impaired driving in Montana:

Disclaimer: This table is a simple summary of DUI penalties in Montana. It may not represent all aspects of the law that may apply in individual cases.

In addition to these penalties, anyone charged with 2 or more DUI/BAC offenses can be required to enroll in the state’s 24-7 Sobriety Program as a condition of probation or parole. Complete abstinence from alcohol and drug use is required. Offenders must submit breath tests twice per day or wear an ankle monitor that measures the level of alcohol in their bodies. This testing is paid for by the offender and failing to be tested results in the person being detained at the local jail. After a successful rollout of this program in Lewis and Clark County, the 2011 Montana legislature passed House Bill 106, known as the “Montana 24-7 Sobriety Program Act.” Today, most counties in Montana are running this program.

In Montana, the victims of a car accident involving an impaired driver — or the family of a person who was killed in a fatal DUI crash — can file a personal injury lawsuit against a third party in certain situations under the state’s “dram shop law.” Third parties that can be sued include alcohol vendors, bars or any private individual who provided alcohol to the at-fault driver.

According to Montana’s Dram Shop Act (27-1-710), a third party can have “civil liability for injuries involving alcohol consumption” (meaning they can be held liable and sued) if:

At Murphy Law Firm, our Great Falls, MT personal injury lawyers fully understand all local, county and state DUI laws. We can help you seek justice if you or a loved one were seriously injured or killed in a collision involving a drunk driver.

Another rarely talked about consequence of drunk driving is that an at-fault driver has to live with their mistake, knowing that another person was seriously hurt or killed as a result of their bad choices. In some cases, the intoxicated driver may, themselves, suffer serious injuries that affect them for the rest of their lives. 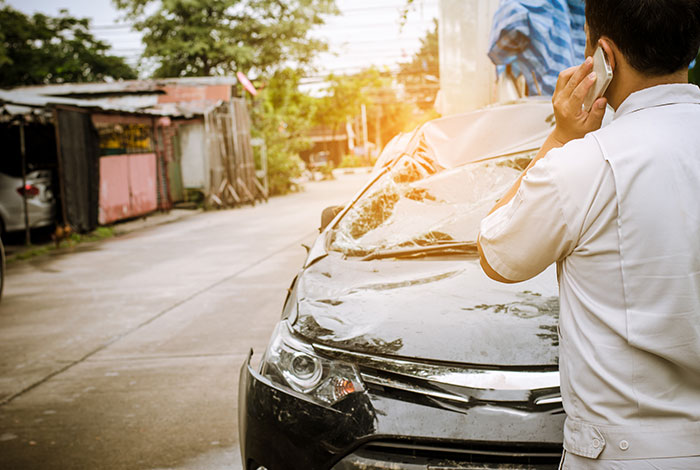 Here are a few examples of common injuries that result from DUI crashes in Montana:

Driving while under the influence of drugs or alcohol is illegal in Montana, and any person found doing so will be charged with a DUI offense in criminal court, which may include penalties including jail time and fines.

However, criminal punishments don’t compensate the victim (or victims) of a drunk driving crash for their injuries and damages.

If you’re hit by a drunk driver in Montana, you may have to file a personal injury lawsuit against the at-fault driver to recover economic damages (such as medical expenses, property damage and lost wages) and noneconomic damages (such as pain and suffering). There’s also a possibility of recovering punitive damages if you can prove that the driver who caused the accident acted with actual malice or gross negligence.

Even if you were partly liable for the collision, Montana’s modified comparative negligence law makes it possible for you to recover some compensation. But you must take action immediately. Under Montana’s statute of limitations, you only have 3 years from the date of the crash to bring a personal injury claim against the drunk driver.

If you were injured by a drunk or drugged driver, act now to learn about your legal rights.

Schedule your free consultation today to get answers.

“I want to thank each and every one of you for helping me on my case. Matt I want to thank you the most for all of your incredible hard work. Thanks again.”

Top 5 Most Common Workplace Injuries Workplace injuries include everything from muscle strains and sprains to severe chemical burns and… Read More
Matt and Tommy Murphy Named Top 40 Montana Attorneys Under 40 Finding legal counsel for any task can be difficult, but it can be even… Read More
Murphy Law Firm Team Receive “Top Injured Workers Legal Staff Advocacy Award” Here at Murphy Law Firm, we believe that it takes a village to support… Read More